Last week Friday, a Swedish court ruled that A$AP Rocky must be held at a Stockholm detention center for two weeks during an investigation into an alleged assault. Rocky, whose given name is Rakim Mayers, was deemed by the court to be a flight risk. His Swedish lawyer, Henrik Olsson Lilja, has said that the detention will be appealed, insisting that Rocky will gladly return if and when a trial is scheduled. If convicted, Rocky faces up to six years in prison.

The incident in question occurred a week ago Sunday. Video footage, published by the Swedish newspaper Aftonbladet last week, appears to show Rocky and members of his entourage fighting with a pair of men. The footage was filmed by bystanders and contains no dialogue between the parties or context from their earlier interactions.

But around the same time the footage surfaced, Rocky posted a pair of videos to his Instagram account. One shows Rocky and members of his entourage, primarily a security guard, asking a pair of young men to stop following the group. Rocky captioned the clip: “SO A FEW DRUG ADDICTS ARE NOT MY FANS , WE DONT KNOW THESE GUYS AND WE DIDNT WANT TROUBLE , THEY FOLLOWED US FOR 4 BLOCKS , AND THEY WERE SLAPPING GIRLS BUTTS WHO PASSED, GIVE ME A BREAK.”

BIG SISTER NAOMI IS NOW THROWING HER WEIGHT…..OR BETTER SAID…HER MODEL FIGURE INTO THE MIX WITH A PETITION, AND IF NAOMI SAYS SIGN THE PETITION PLEASE DO! BUT READ FIRST…… 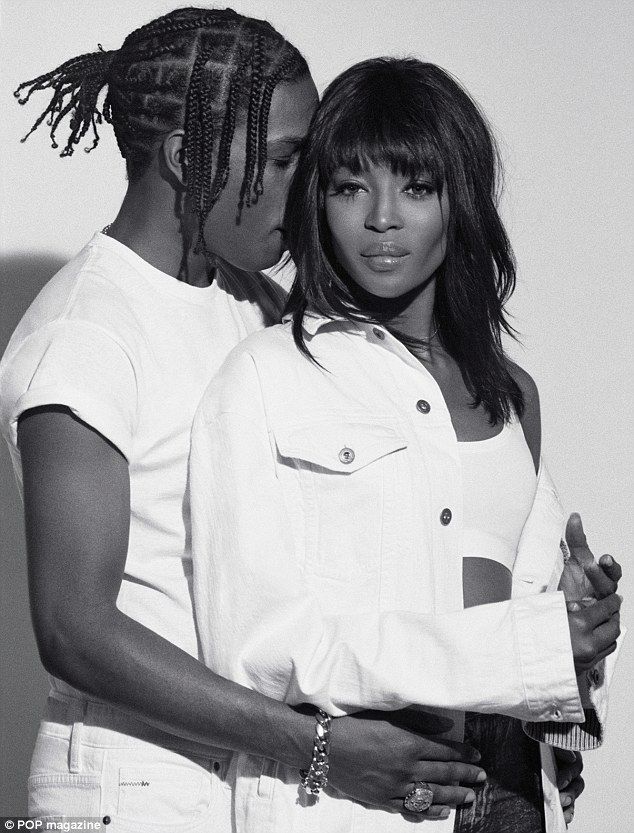 On Sunday, June 30th, A$AP Rocky, his bodyguard and two performers from his show acted in self-defense after two men followed, harassed and physically assaulted them in Stockholm. Video footage shows the assailants following Rocky and his colleagues, even cutting off where they are trying to walk sometimes, while Rocky pleads to them that he does not want any issues.

We are surprised that something like this could happen in Sweden to people who were minding their business and forced to defend themselves from a group of assailants. This should be about justice. Rocky has been in prison for six days for the use of self defense.

Upon being detained, Rocky was denied his requestto counsel which is in violation of Article 36 of the Vienna Convention on Consular Relations, to which Sweden is a signatory.

Everyone has the same rights to be treated fairly upon detainment and should be given fair and equal access to such rights. Since, he has been allowed to visit with a U.S. Embassy Consult and attorney, but only in the presence of Swedish officials. It is extremely troubling and worrisome that the laws are not being applied equally in these circumstances.

On Monday, July 8th, we filed an appeal with the Swedish Supreme Court to have Rocky released from the inhumane conditions and the clear violation of human rights. They rejected the filing, which means Rocky will remain in prison for two weeks. The conditions of the facility are horrific. Some of the inhumane conditions Rocky and his colleagues are facing at the Stockholm Detention Center include 24/7 solitary confinement, restriction of amenities for the most basic of human functions, access to palatable and life sustaining food as well as unsanitary conditions.

The prosecutor on the case has further communicated that he is working to receive an additional two-week extension for a trial to begin in mid – to end of August. To keep Rocky and his colleagues in jail pending the lengthy trial proceedings is a punishment before the fact, with no due process.

Afroconceptfashion is a platform made for the tomorrow people.

Its simplicity is made on fashion trends that meet with the people's need in terms of style, the superiority of the fabric used in making the outfits. Our shop is very simple to navigate with simple  payment system. We deliver your outfit to you at your doorstep within two weeks after order

Our store is located at #89 Market Road by Kent Aba, Abia State, Nigeria.

You can fund your wallet with anywhere in the world at your own comfort. We accept Credit/Debit cards and also direct deposits